Most people realize that our food is loaded with sugar and that our eating habits are unhealthy, but it’s very hard to change them. Rather than simply accepting the situtation or complaining about it, my sister-in-law and her mother decided to change it. Over the past several years, they’ve designed, tested, and refined a new board game, Frugivoro, that gets kids excited about healthy foods (and sneaks in some education, too!). Many of our eating habits form in childhood, so this is a create way to counter the deluge of junk food marketing kids are exposed to. END_OF_DOCUMENT_TOKEN_TO_BE_REPLACED

I enjoyed Born Anxious more than I expected to but less than I hoped. Written by Daniel Keating, a psychology professor at the University of Michigan, it synthesizes over a decade of research on how stress affects the course of our lives. Keating presents an interesting and convincing case that experiences early in life — or even in previous generations — can set biological switches that have wide-ranging consequences, affecting health, social well-being, and professional success. END_OF_DOCUMENT_TOKEN_TO_BE_REPLACED 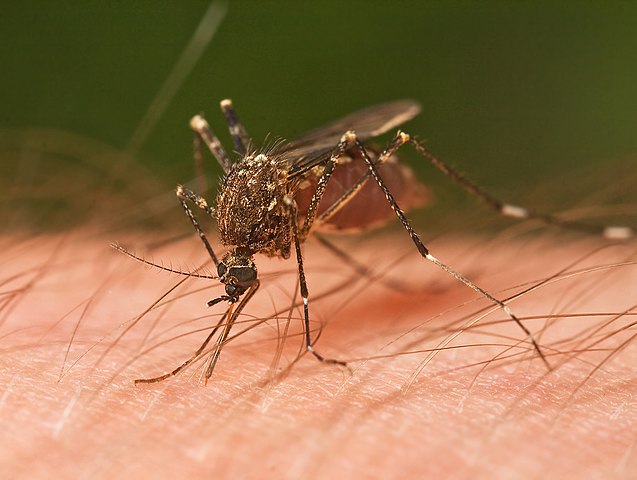 It all starts with a mosquito bite. When a hungry mosquito pierces someone’s skin to gorge herself, she also pumps in her saliva to stop the blood from clotting. Far too often, microscopic stowaways hiding in the insect’s salivary glands also make the trip, crossing over into the victim’s bloodstream to look for a new home. These serpentine parasites swim along the blood vessels, making their way to the liver and infecting liver cells within just a few minutes. They hide inside these cells for anywhere from a week to a month (or even several months, in some cases), copying their DNA and growing larger and larger as they prepare for the next stage of their life. Eventually, the growing mass breaks up. A swarm of single-celled parasites bursts out of the liver cells and into the blood; once there, they invade red blood cells, feeding on their haemoglobin and energy stores to fuel another reproductive burst which will infect more red blood cells. As the parasite spreads through the blood, the unfortunate host will start showing the symptoms of malaria — everything from headaches and joint pain to fever, vomiting, and even convulsions. When a mosquito bites an infected person, she sucks up the parasite as part of her bloody meal. The malaria parasite mates within the mosquito, going through several stages before producing the serpentine cells that migrate to the salivary glands, ready to start the entire cycle anew.
END_OF_DOCUMENT_TOKEN_TO_BE_REPLACED

I’ve written about mind-controlling parasites and I’ve also written about ants a couple of times, but for some reason I still haven’t written about the famous “zombie ants“. These fascinating, macabre little wonders are ants that have been infected by a fungus (Ophiocordyceps unilateralis) which manipulates their behaviour. The fungus makes the ant climb up at plant stalk and bite into the underside of a leaf, clinging to it in a death grip. The fungus then kills the ant, consuming its innards before sending a reproductive stalk out through the corpse’s head.

I recently found out about an exciting research project looking into how the fungus manages its manipulation of the ant. Charissa de Bekker, a post-doc at Penn State University, is using Microryza to crowdfund her project, which will investigate what genes are active in the fungus’ manipulation of the ant. Since I think it’s an awesome project, I invited her to answer a few questions about herself and her work. Read on to find out what she has to say, and if you think the project sounds interesting or useful, consider backing it on Microryza — she’s got 11 days left to reach her goal! END_OF_DOCUMENT_TOKEN_TO_BE_REPLACED

The skin is one of our body’s first lines of defense, but it’s also home to a rich community of microbes — the skin microbiome.  These bacteria are important in protecting us from pathogens; changes in the skin microbiome are linked with conditions ranging from dermatitis to psoriasis.  In a paper published this month in the journal PNAS, a team of scientists from the University of Pennsylvania showed that these bacteria don’t just live on our skin, but also play a role in regulating our immune response. END_OF_DOCUMENT_TOKEN_TO_BE_REPLACED

In a pair of studies published last year, researchers across Europe used computer simulations to make major advances in our understanding of HIV. Taking advantage of distributed computing networks, they simulated key processes and molecular interactions in the life cycle of the virus, identifying new targets for drug therapy. END_OF_DOCUMENT_TOKEN_TO_BE_REPLACED