Several years ago, scientists published an excellent study about how desert ants find their way home after foraging.  The story got a lot of media attention; unfortunately,  much of the coverage described the ants “counting steps”, which isn’t what the researchers reported and feeds into existing myths rather than broadening our scope.  To explain what I think is wrong with that approach, I’m going to tell you a story about ants on stilts, body swapping and how we perceive space. END_OF_DOCUMENT_TOKEN_TO_BE_REPLACED 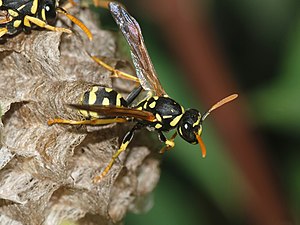 END_OF_DOCUMENT_TOKEN_TO_BE_REPLACED

This post is a bit of an exception.; I don’t generally plan to post book reviews, but I really enjoyed Michael Tomasello’s Constructing A Language and I’m hoping that this will be an informative post rather than just a review.  It’s also a good opportunity for me to start writing about language, which is something I’d like to do even though it’s not my area of expertise. In addition to being a well-written book on its own merits, Constructing A Language really struck me because it successfully challenged what I thought I knew about language acquisition and made me reconsider my position, which is always a remarkable and rewarding experience.  This book gave me the wonderful gift of educating me out of my complacent acceptance of an idea and forcing me to really think about it.

END_OF_DOCUMENT_TOKEN_TO_BE_REPLACED

The ability to categorize objects or experiences as “the same” or “different” has generally been considered a relatively advanced cognitive capacity relegated solely to vertebrates (or perhaps even primates).  However, in a study published in 2001, researchers found that honeybees are able to conceive of sameness and difference, showing that the capacity to make these abstract conceptual distinctions is more widespread than we had believed.

END_OF_DOCUMENT_TOKEN_TO_BE_REPLACED

It’s not unusual for people to think that an outcome was inevitable after the fact, a phenomenon known as “hindsight bias”. This remains the case even when test subjects are instructed to ignore their knowledge of the outcome and rate the likeliness of several possible outcomes. Once an outcome is known, people tend to see causal links in antecedents (the events preceding the outcome); this builds into a causal chain that makes the outcome seem an inevitable consequence of the antecedents. Studies have shown that, in addition to constructing such links, people also tend to exercise selective memory, preferentially remembering details that are consistent with the seemingly inevitable outcome.  Linda Carli (of Wellesley College) conducted a study extending these findings even further. She found that people will “misremember” additional antecedents that are stereotypically associated with a given outcome; these novel memories reinforce the hindsight bias – their perception that the outcome is inevitable – which affects their judgement of the behaviour and character of the individuals involved. These findings shed light on how & why we judge that people “get what they deserve”, often over-simplistically attributing credit for success and unfairly blaming victims. END_OF_DOCUMENT_TOKEN_TO_BE_REPLACED

In these “enlightened” times, people often try to use science to justify their social, political or ideological positions. While the influence of scientific research on our world view is commonly recognized, the converse dynamic gets far less attention. Cultural factors shape the sort of questions we ask and how we choose to interpret the answers; for example, despite the claim that the idea of evolution has radically altered our view of ourselves, it also often serves to reinforce existing social and cultural norms. Here are five commonly accepted biological “facts” which are untrue but are used to justify our conception of ourselves and our place in the world.