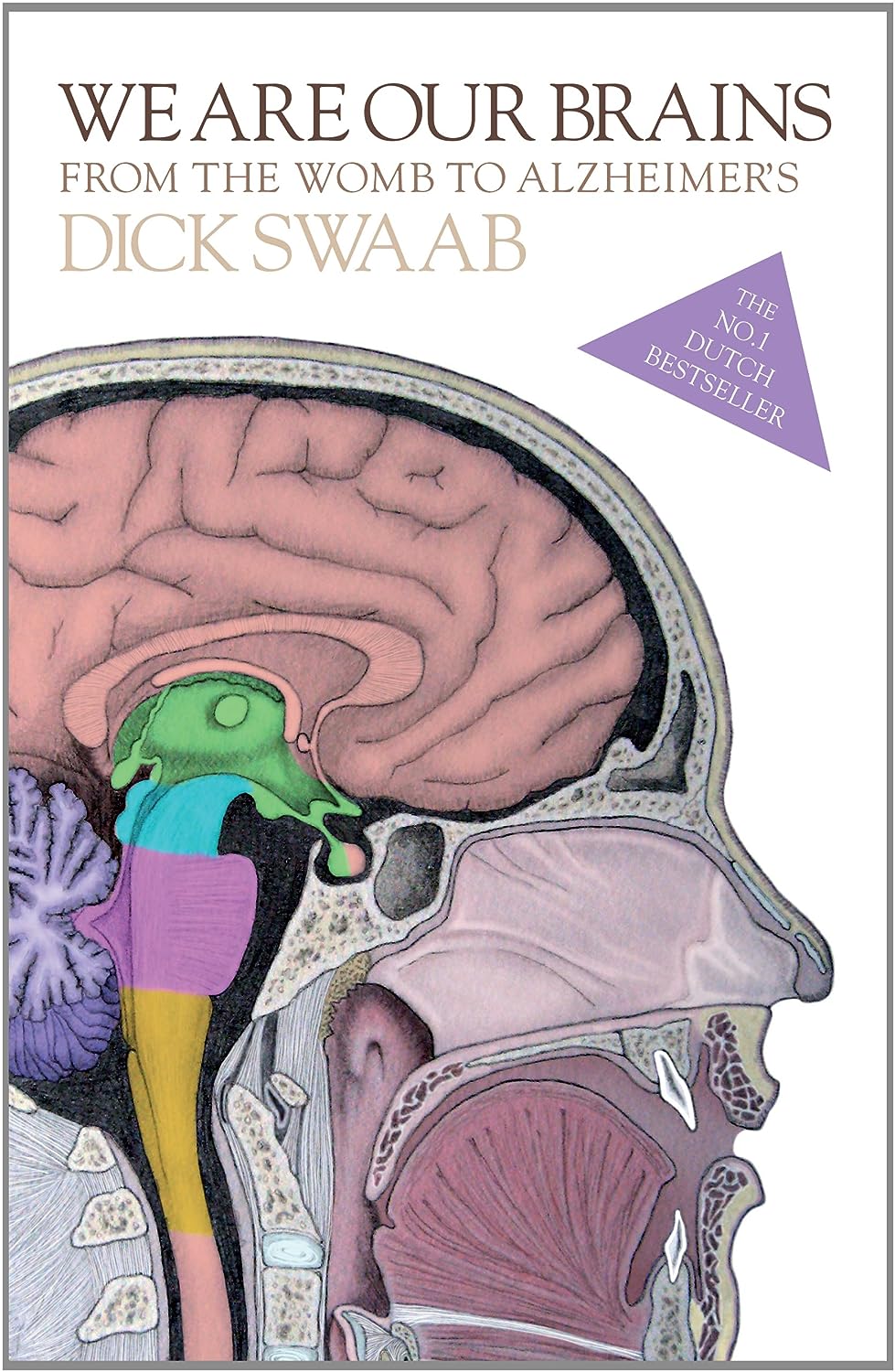 I have mixed feelings about We Are Our Brains. The author, Dick Swaab, is a professor of neurobiology at Amsterdam University with decades of research experience and many awards to his name, so the book is full of fascinating and intriguing information. Unfortunately, I felt like the delivery was somewhat lacking, leaving me with more questions and wanting more information. That’s not inherently a bad thing, but I feel like the book could have done a much better job of handling some of the inevitable questions and challenges it raises — it could benefit from engaging in dialogue with the reader rather than simply making assertions.

Overall, We Are Our Brains was an easy, pleasant read. It’s stocked with interesting and informative facts; my notes are full of things to confirm or follow-up on. In some ways, it reminded me of Oliver Sacks’ books; Swaab discusses the neurobiology of some familiar syndromes, like ‘alien hands‘, and introduces the reader to fascinating new conditions like Body Integrity Identity Disorder, a developmental disorder which makes people yearn to have a limb amputated so their body will match their mental representation of it.

Swaab isn’t above being provocative, either; in fact, he seems to revel in it. He takes a strong position on the ‘nature/nurture’ argument, firmly favouring the dominance of the ‘nature’ side in determining our behaviour. As regular readers will know, I tend to view the development of our personality as more malleable, so it was rewarding to be exposed to Swaab’s highly informed and contrary opinion. Swaab comes across as very sure of his position. He rarely qualified his statements on these issues, which doesn’t sit well with me — in general, I don’t think things are simple enough to be readily captured in bold, unqualified declarations. For example, Swaab spends two pages arguing that physical exercise is harmful overall. Though I’m not a specialist in the field, I suspect that’s a pretty controversial position to take, yet Swaab dismisses critiques with a single sentence about a lack of controls in studies showing the benefits of exercise. I wasn’t convinced. I was intrigued, though, and then frustrated by what I consider to be the books biggest flaw: despite its bold and controversial claims, their isn’t a single reference listed in the back. It’s a popular science book with no bibliography, no reliable guide for follow-up reading or list of sources to check the basis for Swaab’s statements! It’s infuriating! There were countless instances where I wanted to know more or read the original research, from the impact of fetal development on schizophrenia to (and especially) questions of gender and sexuality, but Swaab left me with only his provocative claims.

I also wasn’t thrilled about the way the book is put together. It’s is based on a series of columns Swaab has written over the years for the Dutch newspaper NRC Handelsblad, and that pedigree shows through in places. Swaab has organized the chapters chronologically “from the womb to Alzheimer’s”, but the individual parts often felt disconnected despite this over-arching structure. The book clearly reflects Swaab’s perspective, stressing the role of genetics and neurochemistry over environmental effects, but I didn’t feel like it was building on itself and developing an argument. Instead, the individual chapters (and sometimes even sections) read like independent essays written from the same perspective. This also makes the book repetitive at times, with chapters re-introducing material that was already presented earlier. That’s necessary in a series of columns, but not in a book. On the other hand, the advantage of this approach is that it’s not hard to dive into a random chapter if that’s what you’re interested in. I usually don’t read that way, though, and I would have loved to see the content reworked and edited into a cohesive whole. (Also, a minor point: don’t make me flip forward 170 pages (!) to find the figure you’re referring to! If it’s important enough, include it twice (or include a similar figure); if not, drop the reference.)

The tone of this review may seem a bit negative, but I really enjoyed reading We Are Our Brains. It’s full of information and I learned quite a lot — I’m just not sure I entirely trust what I’ve learned. The fact that Swaab is a successful and famous neurobiologist means I’ll listen to what he says, not that I’ll accept it uncritically. Instead, I’d like to learn more about the areas where his statements run counter to my understanding or intuition — after all, it’s entirely possible that I’m wrong. I just wish the book included a reference list to make that kind of follow-up easier. All told, it’s a great book to get you engaged and curious, whetting your appetite for more, but I would recommend complementing it with further readings on the subject, whether from the original scientific literature or other books.

Full disclosure: I was given a copy of We Are Our Brains by the publisher for review.

4 thoughts on “Book review: We Are Our Brains”